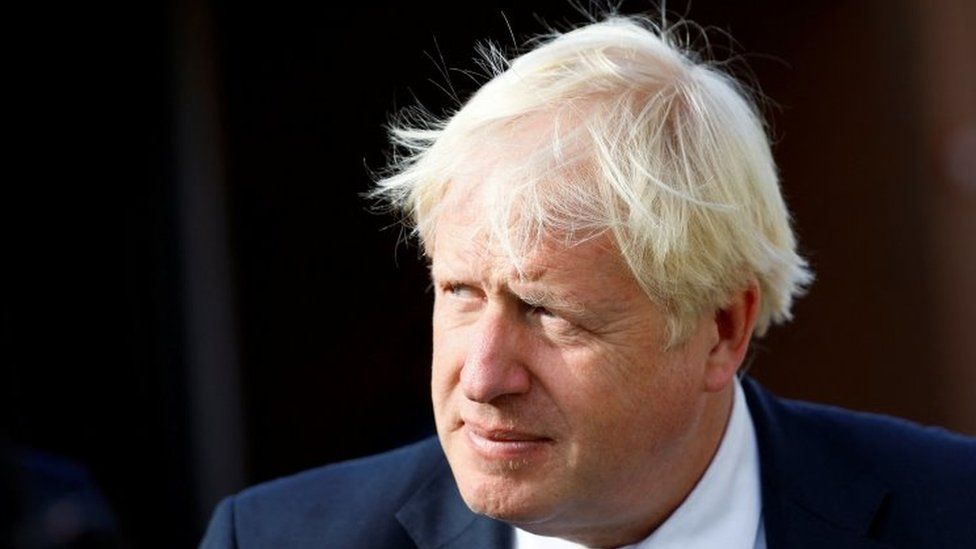 Former Prime Minister Boris Johnson has agreed to pen a book, dubbed a "memoir like no other," about his contentious tenure as leader.

The rights to the yet-to-be-titled memoir have been purchased by publisher HarperCollins.

The biography of Mr. Johnson's tenure in office doesn't yet have a release date.

An author of the biography and friend of Mr. Johnson predicted that the former prime minister would profit "vastly" from the book deal.

According to Andrew Gimson, author of The Rise of Boris Johnson, "it will be tremendously readable and no ghost writer will be required.". "People shell out astronomical sums of money for these books. ".

According to literary agents, Mr. Johnson could receive a memoir fee "north of £1m" for his time as prime minister.

Regarding the amount Mr. Johnson was paid for the agreement, the potential release date of the book, and the anticipated sales volume, HarperCollins steadfastly declined to provide any information.

Its publishing director, Arabella Pike, issued a brief statement in which she said: "I look forward to working with Boris Johnson as he writes his account of his tenure as president during some of the most significant events the United Kingdom has experienced recently. ".

After several scandals destroyed trust in his leadership last July, Mr. Johnson was forced to resign by his ministers.

After his successor, Liz Truss, resigned shortly after taking office, he made an effort to make a comeback but ultimately decided to step aside and let Rishi Sunak become prime minister.

The Covid-19 pandemic and the UK's exit from the European Union helped to shape Mr. Johnson's term in office.

Since Mr. Johnson has declared he will run for office again as an MP at the following general election, there have been rumors that he is preparing to return to active politics.

According to Mr. Gimson, the memoir will be "an important exercise in rescuing his reputation" and "part of the audience for this will be his own party.".

Mr. Gimson said, "He's got to tell those people I'm worth another try," hinting that the book might be released this year.

Before taking office, Mr. Johnson, a former journalist, had a long career in the media. From 1999 to 2005, he served as editor of the Spectator and a columnist for the Telegraph.

According to reports, Sir Tony Blair received about £5 million in 2007 for his political memoir A Journey, while David Cameron reportedly received £1,05 million for his memoir For The Record.

Sir Winston Churchill's biography, The Churchill Factor, written by Mr. Johnson, is one of many books he has already published.

Since leaving office in September, Mr. Johnson, a backbench Conservative MP, has declared receiving more than £1 million in speaking fees.

A company founded by Mr. Johnson received a $1 million donation from a cryptocurrency investor, according to parliamentary records released last week.