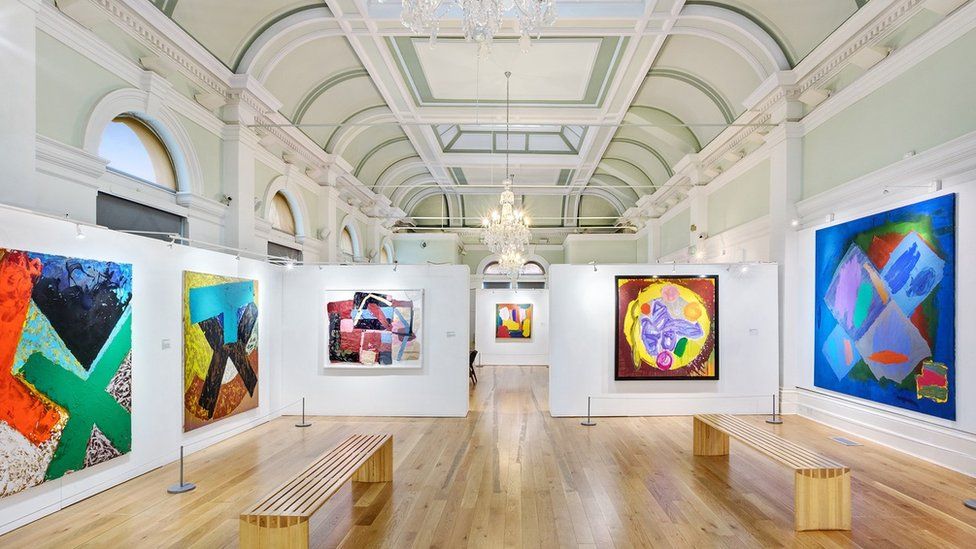 Statistics reveal that only slightly more than 1% of the 2,658 works of art owned by a North Yorkshire council are currently on public display.

Only 37 works of art were on display at the galleries and museums run by Harrogate Borough Council, according to a Freedom of Information request.

The authority claimed that it frequently changed out its collection of artwork and also lent pieces to shows all over the nation.

There was only so much that could be displayed, a spokesperson said.

According to the Local Democracy Reporting Service, the council, which owns Knaresborough Castle and Museum, the Royal Pump Room Museum in Harrogate, and the Mercer Art Gallery, refused to disclose the collection's total value because doing so might encourage thieves.

A spokesperson for the council said in a statement that the collection of artworks at Harrogate Borough Council "includes thousands of different items.

"We are fortunate to have inherited items from people or organizations who have kindly donated to us, allowing residents and visitors to see a wide variety of art from various periods and movements.

"Understandably, there is a limited capacity to exhibit these priceless items due to the nature of our museum venues in Harrogate, and we also want to make sure that visitors to an exhibition are completely engrossed in the theme or narrative. ".

Consequently, they continued, what is on display at any given time changes.

A portrait of Sir Francis Slingsby from the 1590s is among the much older pieces in the authority's collection that are by the abstract artist John Hoyland.

Later this month, the council announced, another 70 works of art would go on display.