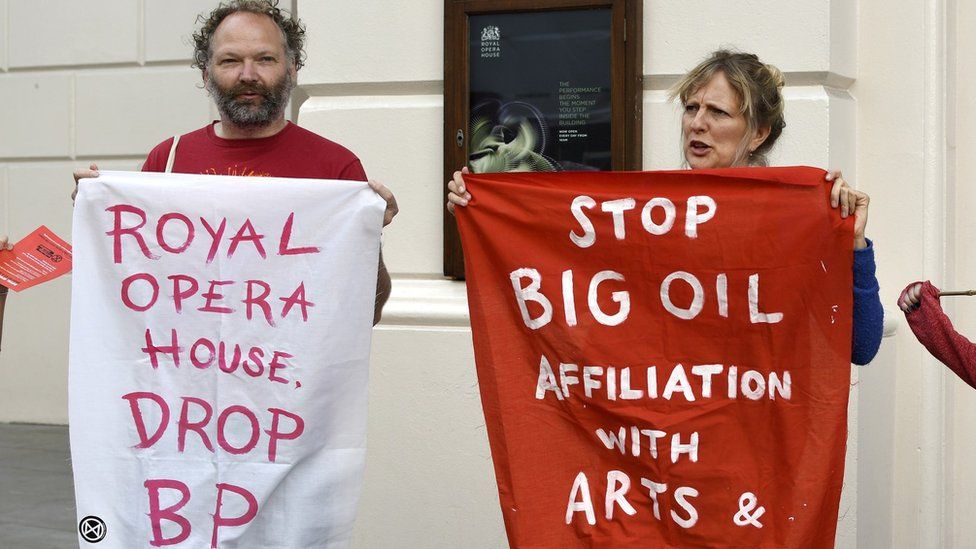 As BP's sponsorship ended after 33 years, the Royal Opera House has become the most recent cultural institution to sever ties with the company.

The decision was made in response to environmental activists' complaints about the company's funding of the London venue and other cultural organizations.

The National Portrait Gallery and the Royal Shakespeare Company were both no longer sponsored by BP in recent years.

The news, according to pressure group Culture Unstained, was "a seismic shift.".

The Royal Opera House's BP Big Screens, which broadcast opera and ballet in Trafalgar sq\. and other locations across the UK, were sponsored by BP.

In recent years, "recovery post-pandemic and supporting our drive towards net-zero" were also included in the support, according to a representative of the Royal Opera House, and they were "grateful" for it.

Until its contract expired last month, BP said it was "proud to have supported the Royal Opera House for more than three decades.".

Chris Garrard, co-director of Culture Unstained, said: "What we are witnessing is a seismic shift, a near-total rejection of BP's brand and the climate-wrecking business it represents across the arts. ".

There is no information available about the sponsorship's cost. In addition, the Royal Opera House is getting ready for an Arts Council England cut of £2.9 million that will reduce its annual grant to £22 point3 million starting in April.

The British Museum, which is also supported by BP, has not indicated whether it will continue to receive funding from the company after February, when its current contract is reportedly set to expire.