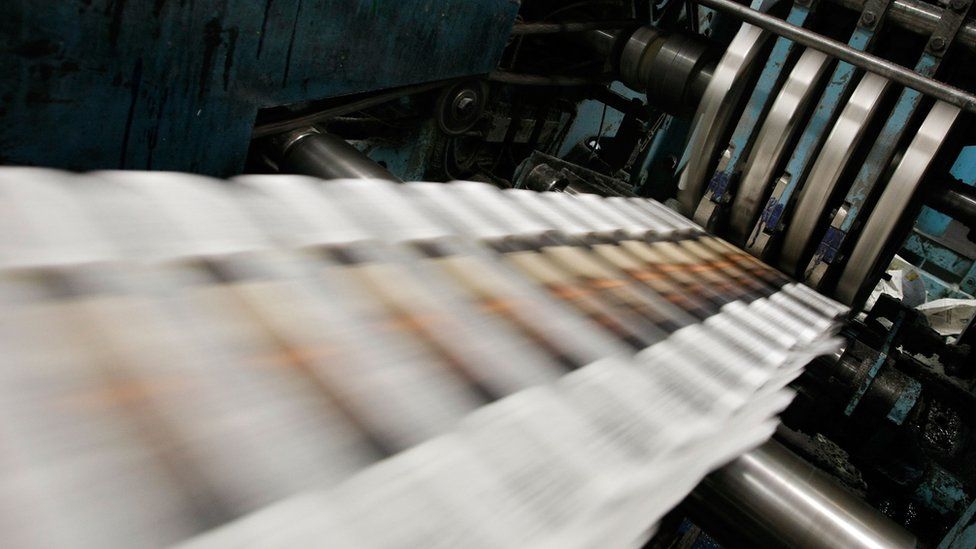 The government needs to provide local media outlets with more support, according to MPs, who have issued a warning.

A decline in local reporting would harm democracy, according to a report by a House of Commons committee.

Larger publishers, it claimed, are "compromising the quality" of their journalism while some regional ones have provided "encouraging examples of innovation.".

The BBC was also urged to reevaluate its plans to cut funding for regional radio by the Digital, Culture, Media, and Sport (DCMS) committee.

According to the report, the BBC's plans to merge some programs across its stations as part of its digital first strategy would "dilute the sense of localness.".

Additionally, it was found that while some regional print publications had adapted to the digital era successfully, others had struggled and in some cases had to shut down due to dwindling ad revenues.

The government should promote more philanthropic funding of local journalism and make it simpler for smaller publications to obtain charitable status, according to the report's recommendations.

The loss of local news outlets, which have always served as their readers' eyes and ears and held local decision-makers accountable, has ripped a hole in the hearts of many communities, according to Damian Green MP, the cross-party committee's acting chairman.

"Unfortunately, it is the poorest regions of the nation that are most likely to lack coverage, which exacerbates the disadvantages they already experience. ".

The committee demanded an examination of the public funds used to support regional journalism as well as an "analysis of whether these funds can be more fairly allocated and better used to foster innovation.".

However, it raised questions about how frequently local and regional title owners who own the most businesses benefit disproportionately.

The National Union of Journalists (NUJ) applauded the committee's suggestion for a long-term fund that would reward original public interest news.

The union "shares many of the MPs' concerns over the threats to the quality and coverage of local news," according to assistant general secretary Seamus Dooley.

The emphasis on smaller publishers is particularly appreciated, he continued. "The report's recommendations are very welcome.".

In contrast, Maria Breslin, editor of the Liverpool Echo, criticized the report's "lazy and possibly harmful judgment about the quality of local news," which she claimed had declined recently.

She stated to the Press Gazette that The Echo "continues to sit at the center of our community, read by almost half of all adults in Liverpool every month, and to tell the stories that our readers both want and need.