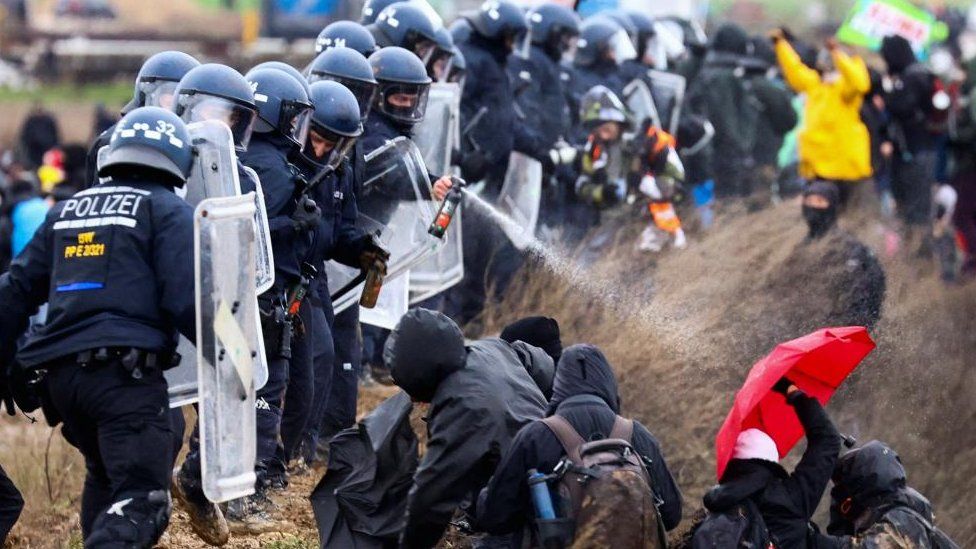 A German village that will be destroyed to make room for a coal mine expansion, according to German police, has been cleared of almost all climate activists.

In a Wednesday-starting operation, hundreds of police cleared 300 activists out of Lützerath.

A day after fighting broke out between the two sides, police claim they have removed activists waiting in treehouses.

At the location in western Germany, police said that two people were still defending themselves in an underground tunnel.

According to police, "there are no more activists in the village of Lützerath," and by Friday, all of the structures there had been demolished.

According to the police, 35 "tree structures" and nearly 30 wooden constructions had also been removed.

The coal beneath the village and others nearby, which are close to an open-cast brown coal mine, should be left in the ground, according to climate activists who advocated against demolishing them.

The burning of the coal, according to activists, undermines Germany's efforts to lower greenhouse gas emissions.

The last resident of the village, which is owned by the energy company RWE, left over a year ago.

Lützerath is anticipated to be the last village to be submerged by the Garzweiler lignite mine because Germany has committed to eliminating coal-fired power by 2030, moving up the date from 2038.

RWE predicted that this winter would be the first time the coal under the village would be needed.

On Saturday, the police used batons and water cannons to scatter the protesters as hostilities between the two sides grew more heated.

A medic with the activist group estimated that about 20 protesters were hurt and taken to the hospital.

Since they started clearing the area of people on Wednesday, a police spokesman estimated that about 70 officers have been hurt, with many of those injuries occurring during the clashes on Saturday.

Saturday's protests were estimated to have drawn 35,000 people, according to the climate activists, while 15,000, according to police.