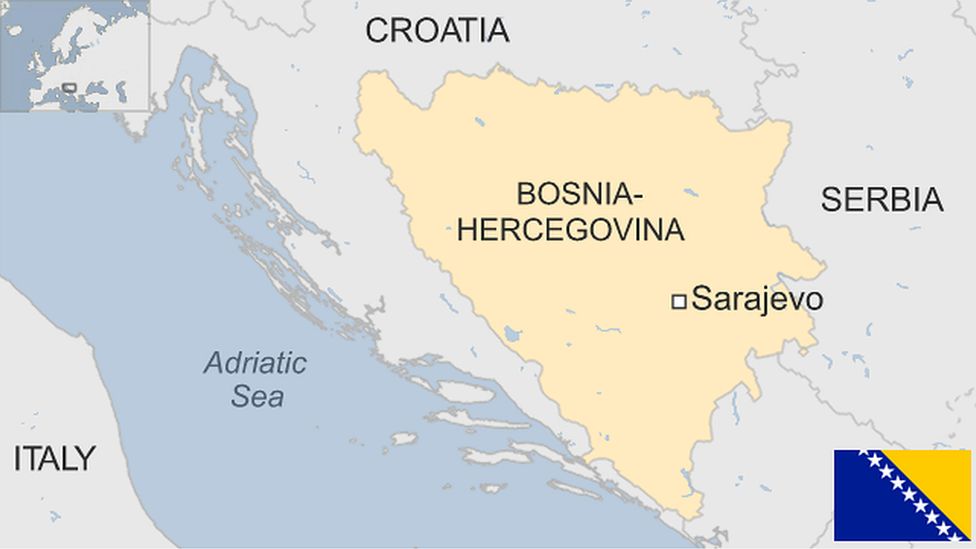 According to the terms of the 1995 Dayton Peace Accords, which put an end to the 1992–1995 Bosnian War and the breakup of Yugoslavia, Bosnia-Herzegovina is an independent state that is partially under international supervision.

The war destroyed the infrastructure and economy and resulted in the deaths of over 100,000 people and the displacement of about two million people.

The Federation of Bosnia and Herzegovina and Republika Srpska are the two autonomous nations that make up the nation. The Brcko District also has its own local government. These are governed by a rotating presidency and a federal government.

Peace hasn't brought the two sides closer together, and Bosnian Serb leaders frequently mention the possibility of breaking away from what they consider to be a failed state.

President: A Serb, a Muslim, and a Croat alternate holding the office of president every eight months.

International affairs make up a large portion of the presidency's duties. The Bosnian Serb Republic and the Muslim-Croat entity also each have their own presidents.

Zoran Tegeltija is the head of the ministerial council.

Following the general election in 2018, Zoran Tegeltija was named chairman.

Bosnia is a country divided along ethnic lines, and this is reflected in the media landscape, where outlets run by the various entities are more well-liked than the public broadcaster that serves the entire country.

The most widely used medium is television. Commercial establishments operate in a weak advertising market and in a saturated industry.

Most Bosnians (around 80%) use the internet. The most popular social media platform is Facebook.

Bosnia-Herzegovina was annexed by Austria-Hungary in 1908 when it was an Ottoman province.

The Austrian Archduke Franz Ferdinand is killed in Sarajevo in 1914 by a Bosnian Serb student named Gavrilo Princip. This starts the First World War.

At the conclusion of the war in 1918, Austria-Hungary falls. The future Yugoslavia includes Bosnia-Herzegovina.

Bosnia-Herzegovina was annexed by the puppet Croatian state that supported Hitler in 1941. The death camps receive thousands of Serbs, Jews, and Gypsies.

1945: After a campaign by Communist partisans, Bosnia-Herzegovina was liberated.

The Socialist Federal Republic of Yugoslavia included Bosnia from 1945 to 1991.

1992 - After communism fell, Croat and Muslim nationalists formed a tactical alliance and defeated Serbs in an independence referendum.

Bitter civil war in Bosnia involving Muslims, Serbs, and Croats from 1992 to 1995.

1992: Nationalists of the Croat and Muslim faith form a strategic alliance and defeat Serbs in a vote for independence.

Serbs quickly take over more than half the republic as a result of the starting of a war. Deportations and killings are commonplace not only in Muslim and Croat-controlled areas but also in the recently proclaimed Serb Republic.

1995 - Under the command of General Ratko Mladic, Bosnian Serb forces occupy Srebrenica and massacre over 8,000 Muslims.

In December 1995, two entities were established by the Dayton Peace Accord: one for Serbs and one for Bosnian Muslims and Croats. It is implemented under the direction of the Office of the High Representative. There is a deployment of a global peacekeeping force.

2016: For his involvement in the war, former Bosnian Serb leader Radovan Karadzic is found guilty of genocide and war crimes.

Ratko Mladic, a former commander of the Bosnian Serb military, was found guilty in 2017 of genocide and crimes against humanity committed during the Bosnian War. His punishment is a life sentence in prison.

2021 - Milorad Dodik, the leader of the Serb nationalist movement, declares that the RS will leave Bosnia's armed forces, supreme court, and tax collection, rekindling old anxieties about a secession crisis.