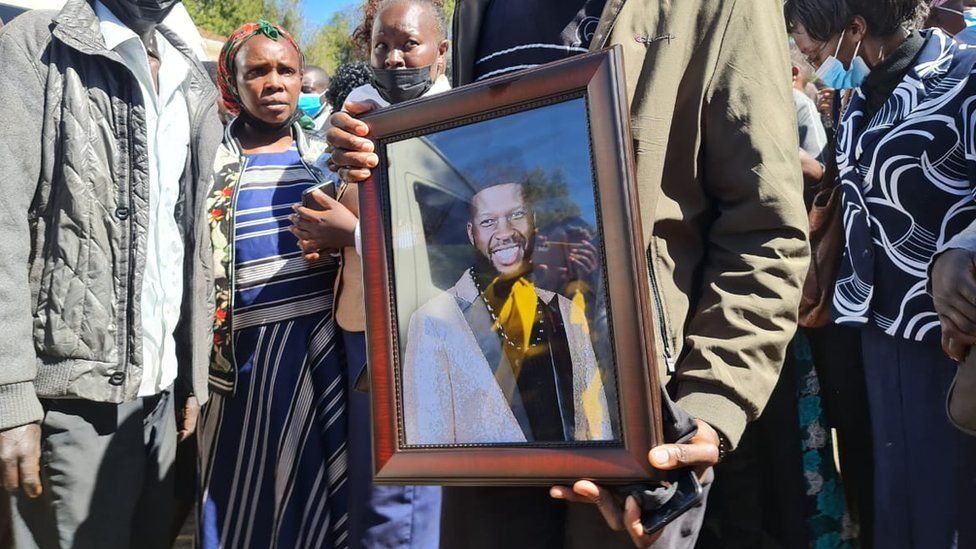 Edwin Chiloba, a gay activist from Kenya who was killed by suffocation in a shocking act, is being laid to rest in his home village.

On the land he was supposed to inherit, hundreds of people are paying their final respects to him in Sergoit village.

The vitriol directed at Chiloba's family members on social media because of his sexual orientation shocked the family, according to family spokesperson Gaudencia Tanui to the BBC.

She went on to say that it had caused the family great hurt.

All the animosity, according to Ms. Tanui, should not overshadow the fact that a crime had been committed and that justice needed to be done.

Early this month, Chiloba's body was discovered in a metal box dumped by the side of the road not far from Eldoret, a town in western Kenya where he was a student.

Five suspects have been detained by the police, including Chiloba's partner, but no one has been charged as of yet.

Police have not yet provided a motive for the killing, however, and have not even done that.

Chiloba "died from asphyxia, which is caused by smothering," according to chief government pathologist Johansen Oduor's statement from last week.

A piece of denim from a pair of jeans had also been tied around the victim's face, the pathologist continued, and socks had been shoved into his mouth.

The activist, who was in his mid-20s, was remembered as "an amazing human" and "an iconic fashion designer" in tributes posted on social media.

He relocated from the nation's capital, Nairobi, to Eldoret in 2019 to study fashion and, according to a friend, was starting to establish a name for himself in the field of design.

On Instagram last month, Chiloba declared that he was "going to fight for all marginalized people," claiming that he had experienced marginalization firsthand.

Police have been urged by human rights organizations to investigate his murder quickly.

Although he went by Edwin Chiloba, Edwin Kiprotich Kiptoo was his legal name.