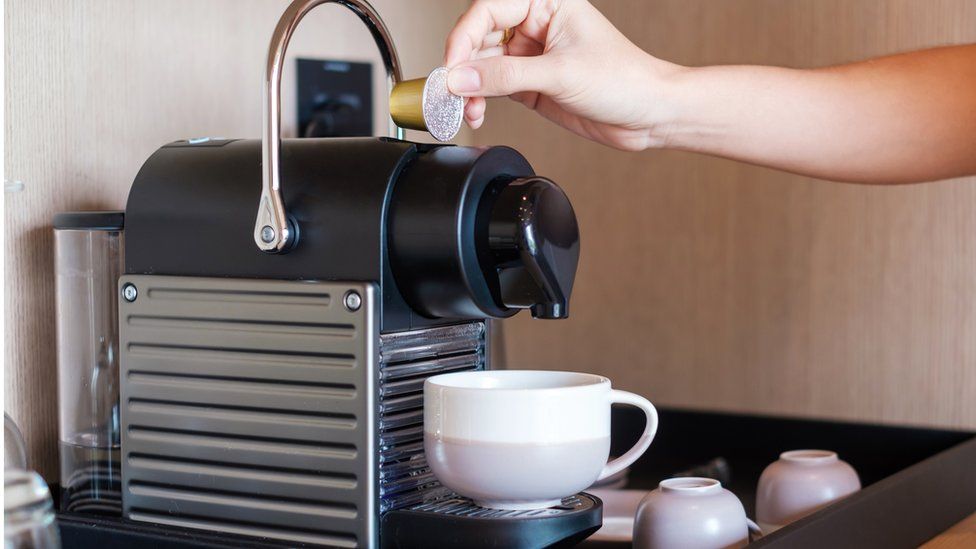 Because they are frequently difficult to recycle, coffee capsules have a reputation for being unfriendly to the environment when used to make a cup of coffee.

However, new analysis by the University of Quebec in Canada raises the possibility that using coffee pods may not be as wasteful as using a conventional coffee maker.

The study sheds new light on how the most widely consumed beverage in the world—coffee—affects the climate. It is estimated that two billion cups of coffee are consumed daily globally, with the typical American consuming three cups per day.

Coffee can be made in many different ways, but since they were first developed about 40 years ago, coffee capsules have become more and more common. Coffee pod sales increased by 24 percent between 2021 and 2022, totaling $12.33bn (£9.92bn).

Despite their widespread use, capsules have long caused controversy among coffee drinkers who are concerned about the impact their caffeine habit has on the environment.

The tiny plastic or aluminum pods have come under fire for requiring a lot of energy to produce and creating "unnecessary waste.". In 2016, the German city of Hamburg even went so far as to outlaw their use in government-owned structures.

Researchers now believe that coffee pods may not be as wasteful as other methods, especially when considering the full life cycle of a single cup.

Researchers measured the total Greenhouse Gas (GHG) emissions produced by each method of preparing 280 milliliters of coffee in their study, which was a review of previous studies on coffee consumption over time.

Their analysis took into account every step of the procedure, from the production of the coffee beans (which is the part that emits the most GHGs) to the volume of waste that is disposed of in landfills after a cup is consumed.

Depending on how the coffee was made, the results varied a little. For instance, because most people don't measure their coffee before preparing it, researchers also looked at emissions when more coffee is used than is necessary.

They also looked at how Quebec, which has the lowest emissions, compares to Alberta, Canada's second-highest emitter of greenhouse gases.

Every time, the research revealed that carbon dioxide emissions from traditional filtered coffee were the highest. This is due to the higher energy requirements for heating the water and keeping the coffee warm, as well as the higher quantity of coffee powder required to make a cup of coffee.

Due to the quantity of coffee required to make one cup, brewing coffee in a French press typically results in the second-highest emissions.

The third item on the list is coffee capsules. The study found that capsules save between 11 and 13 grams of coffee due to the controlled amount of coffee contained in each one, which reduces overconsumption.

The study found that since instant coffee uses less coffee and water kettles use less energy than traditional coffee makers, they are the most environmentally friendly way to brew coffee.

Luciano Rodrigues Viana, a co-author of the study, said: "Paradoxically, this type of coffee does not follow the current consumption trend in North America.".

One thing that coffee drinkers appear to have no control over is the amount of emissions that coffee production itself actually generates.

The most polluting phase, according to Mr. Viana, is the agricultural phase.

Regardless of how the coffee is made, the harvesting and production of the beans accounts for 40 to 80 percent of emissions because coffee is grown with extensive irrigation, fertilization, and pesticide use.

Because of this, despite the misconception that coffee pods generate more physical waste, they are not as harmful as consuming more coffee than necessary to make a single cup.

Mr. Viana stated, "I don't think capsules are a miracle cure. But it's a good illustration of our cognitive biases. ".

Mr. Viana suggested that people drink less coffee in order to consider the lifespan of a coffee cup. This entails choosing 50ml to 100ml espressos or making sure that only the necessary amount of coffee and water is used when making a cup in order to reduce waste.

And even when using capsules, Mr. Viana advised against overconsumption because the convenience of coffee pods may encourage people to drink more overall, which then produces more waste.

Reusable pods can help reduce waste if they are used repeatedly, he continued.