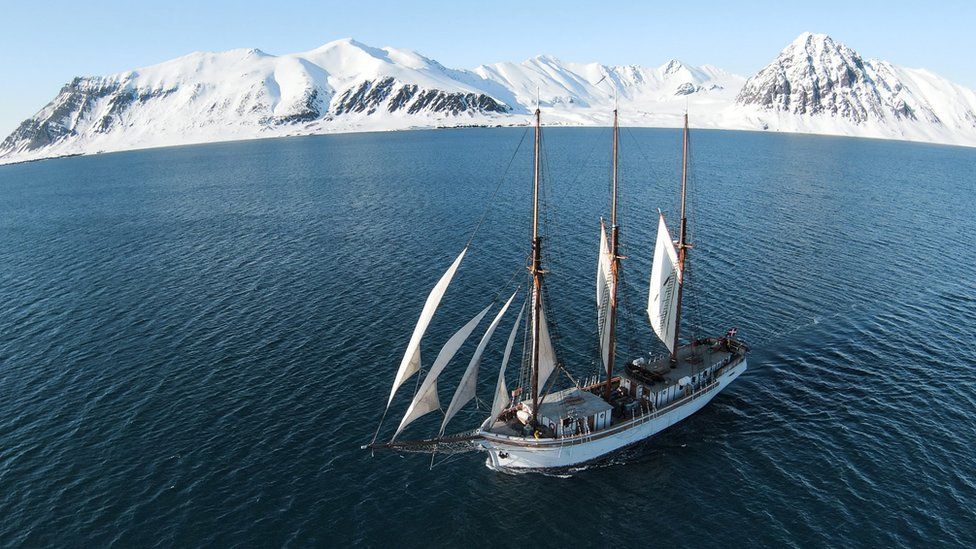 A "life-changing" Arctic expedition is being made available to aspiring explorers from underprivileged backgrounds.

In June, Plymouth will see the start of the Resolute Expedition aboard the SV Linden, the largest three-masted ship in Europe.

There will be ten individuals on board who were chosen from UK inner cities.

Leading the expedition is polar explorer Jim McNeill, who stated: "This is my way of giving back. ".

He claimed to have grown up on a council estate in Barnet, North London, and that he wished to inspire people "from all walks of life" to take action against climate change.

Someone gave me the opportunity to learn about the mountains and go climbing when I was 16; therefore, this is my way of paying it forward, he said. "I come from a very humble background and I always say if I can do it, anyone can do it," he said.

To conduct oceanographic research, the expedition will sail 10,000 nautical miles from Plymouth to High Arctic Canada.

Jim McNeill discusses the expedition with BBC Radio Devon in the audio clip below.

The 10 members with full funding would be chosen over the course of a weekend and would come "from all backgrounds," according to Mr. McNeill.

He continued, "Some may be unemployed, others may be on a gap year, and some may be retired.

No prior experience was necessary, he claimed, "because the skills they will get are life skills," for the expedition.

Mr. McNeill stated that the 10 would be chosen before the end of February and would travel with the crew on various legs of the trip alongside experts and self-funded crew members.

They would participate "intrinsically" in the expedition by helping to sail the ship and gather evidence.

Nothing resembles an adventure vacation, or anything similar, said McNeill.

The going will at times be very tough.

"When they see the coasts of Canada and Greenland, it will be difficult but incredibly rewarding. ".

On October 24, it's anticipated that the ship will return to Plymouth.