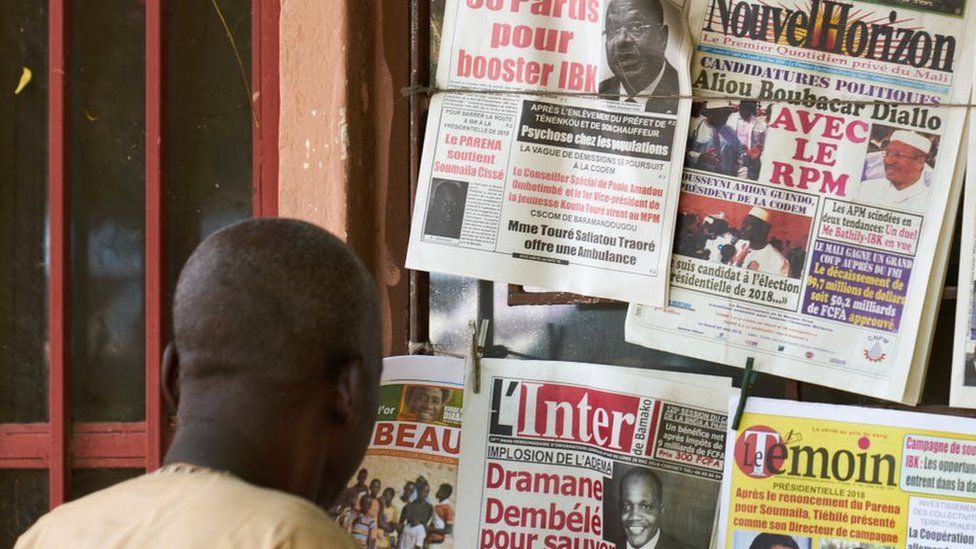 The jihadist insurgency in Mali and the military-dominated government have weakened press freedoms.

Media outlets are the targets of militant groups that threaten journalists. Self-censorship has resulted from "patriotic journalism" demands made by pro-junta organizations.

The predominant media is radio. There are numerous stations that are run by the government-run Office de Radiodiffusion-Télévision du Mali (ORTM), private and local broadcasters, and other organizations. In Bamako (88.9 FM), the BBC broadcasts.

The TV industry is much smaller.

From Bamako, almost all daily and weekly newspapers are published. Low circulation numbers. L'Essor is the most prominent name.

By December 2021, 59 percent of the population used the internet, totaling 12 point 4 million users (Internetworldstats.com). Internet or social media access has not been hampered by the regime.

Young people and urban areas are where social media use is most prevalent. Top platform is Facebook.