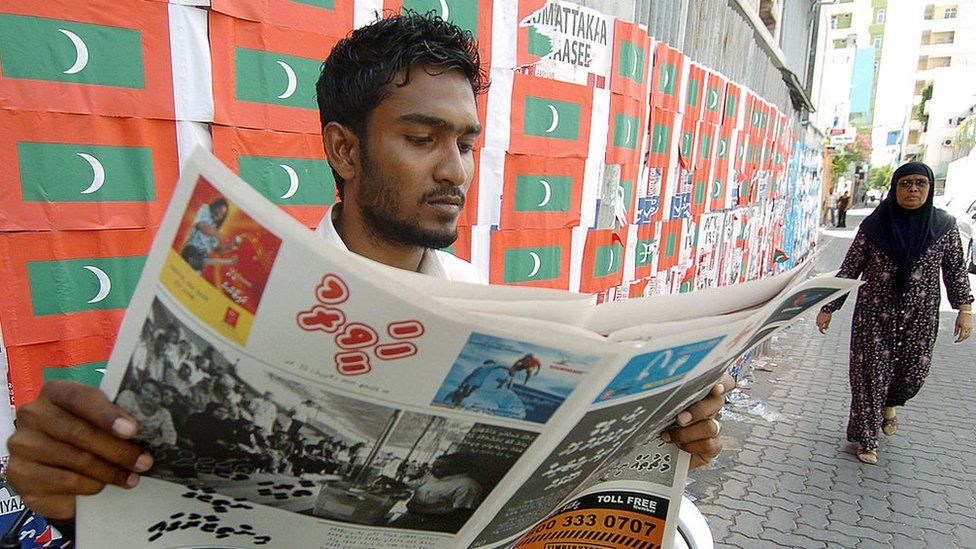 Alongside the channels run by Public Service Media, a state organization, there are private broadcasters.

Reporters Without Borders (RSF) asserts that political parties are the main source of threats and that the government "continues to persecute the independent media" in response to reports of pressure on non-state media. Journalists are still threatened with violence as retaliation for their work, especially by militant Islamists.

As long as it is used in a way that is "not contrary to any tenet of Islam," the constitution guarantees freedom of expression. Freedom House claims that this promotes media self-censorship.

State-run media and regulatory organizations, particularly the Maldives Broadcasting Commission (MBC), frequently exhibit bias in favor of the administration and limit coverage of the opposition.