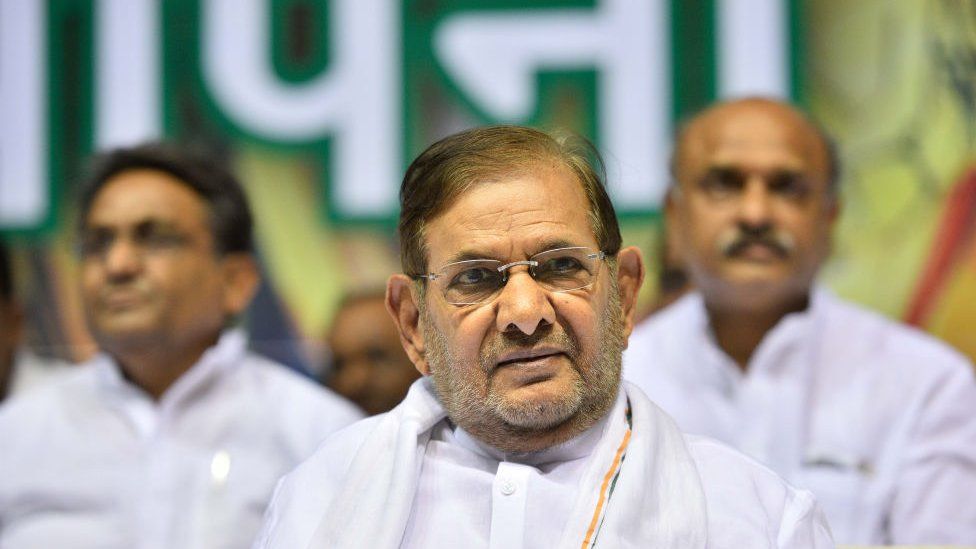 Sharad Yadav, one of India's most prominent socialist leaders, has passed away at the age of 75. Indian politicians are paying tribute to him.

The former federal minister passed away on Thursday night in a Delhi hospital after a long period of ill health.

His more than fifty-year political career has experienced many ups and downs lately.

Yet he remained friendly with political figures from all sides of the aisle right up until the bitter end.

After merging his own party, the Loktantrik Janata Dal (LJD), with the larger political organization last year, Yadav was a member of the Rashtriya Janata Dal (RJD) at the time of his death.

Lalu Prasad Yadav, the leader of the RJD, said on Thursday night that while they had differences, there had never been animosity between them. He had been a friend who later became a rival and later an ally.

"We shouldn't have said goodbye like this," Mr. Yadav said in an emotional video message that he posted from Singapore, where he has been recovering from a kidney transplant.

Announcing that he would always "cherish" their "interactions," Mr. Modi wrote, "He distinguished himself as an MP and minister in his long years in public life.".

Rahul Gandhi, the leader of the Congress, paid a condolence visit to Yadav's family members in Delhi.

I have gained a lot of political knowledge from Sharad Yadav ji. I'm saddened by the news of his passing today. He had respect for my grandmother [Indira Gandhi], Mr. Gandhi told reporters on Friday.

Yadav, who was born in the state of Madhya Pradesh in 1947, studied engineering before deciding to go into politics.

He belonged to a group of politicians who were influenced by the legendary socialist activist Ram Manohar Lohia and who started out in politics by taking part in large-scale protests against the administration of the time's prime minister, Indira Gandhi.

In 1974, Yadav defeated the then-dominant Congress party in his first election with a commanding victory.

He was instrumental in the late 1980s in ensuring that a federal government commission's recommendations to extend affirmative action programs to Other Backward Classes—a broad category of lower and intermediate castes in India—were put into action.

He served as a minister in the federal administrations of VP Singh and Atal Bihari Vajpayee.

He participated in the founding of the Janata Dal (United) in 2003, and after 15 eventful years, he left the party in 2018. He later founded the LJD, which had little political impact.

His daughter posted three words in Hindi on Twitter on Thursday night to announce his passing: Papa Nahi Rahe (Father is no more).