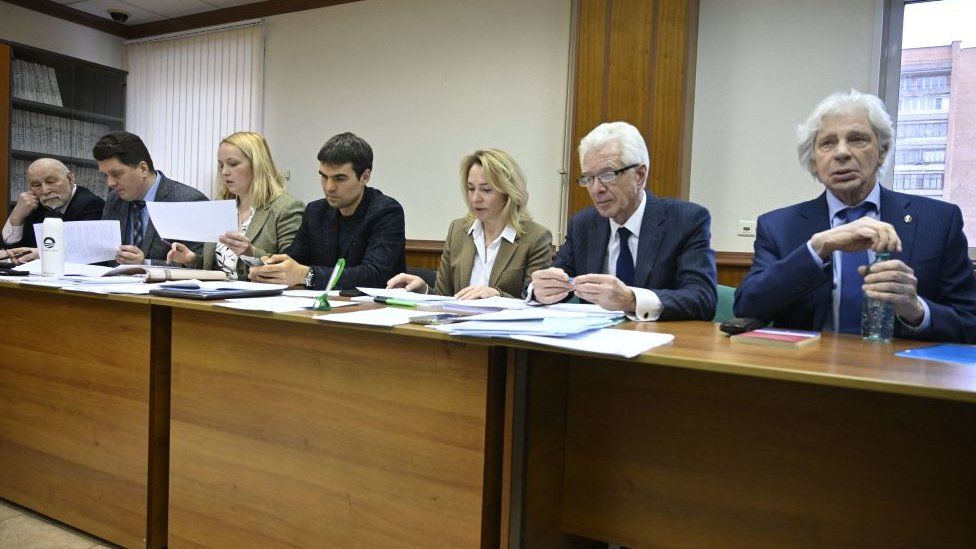 The oldest human rights organization in Russia has been told by a court to shut down.

The Moscow Helsinki Group (MHG), which was established in 1976, publishes a yearly report on the state of human rights in Russia.

The authorities have now stated that it does not have the proper registration.

This closure is the most recent in a string that has targeted rights and opposition groups across Russia.

The justice ministry sued to dissolve the group in December, claiming that it was only registered to protect human rights in Moscow and not elsewhere in the nation. The decision follows the filing of that lawsuit.

Despite the fact that the MHG has always operated with a wider scope.

When the measure was first implemented, the group referred to it as "disproportionate" and asserted that it would continue to operate "regardless of the wishes of the authorities.".

According to a statement released by MHG on Wednesday, the organization's co-chair warned the judge and justice ministry representatives that by closing it down, they were "committing a great sin.".

The MHG was the subject of ad hoc inspections by the justice ministry, which the group claimed were unlawful and were the basis for the lawsuit. It has declared that it will challenge the judgment.

Not for the first time, MHG has been compelled to stop doing business. After only a few months of operation in the 1970s, the government imprisoned or drove nearly all of its members into exile.

It was founded by a group of well-known Soviet dissidents and named for the Helsinki Accords, a comprehensive international pact that the USSR signed and supported fundamental freedoms and human rights.

Following the fall of the Soviet Union, the group was reactivated in the early 1990s.

MHG has compared how the Russian government has treated it to Memorial, another well-known human rights organization that was shut down in 2021.

Several other human rights organizations, including the Journalists and Media Workers' Union, were declared insolvent by Moscow courts last year.

International human rights organizations have harshly criticized the Russian government for what they say is a widespread crackdown on independent journalism and dissenting voices that has gotten worse since its invasion of Ukraine.

Top opposition figures are included in this, the majority of whom are currently incarcerated or exiled.

The Human Rights Foundation, a nonprofit organization with a US presence, has denounced Russia's decision to shut down MHG.

This is yet another illustration of the Kremlin's efforts to silence those who are opposed to the war in Ukraine, it tweeted.

Josep Borrell stated on Twitter that "the Kremlin is extending its aggression in Ukraine into political repression at home, silencing human rights defenders, suppressing civil society and voices rejecting authoritarianism and war."