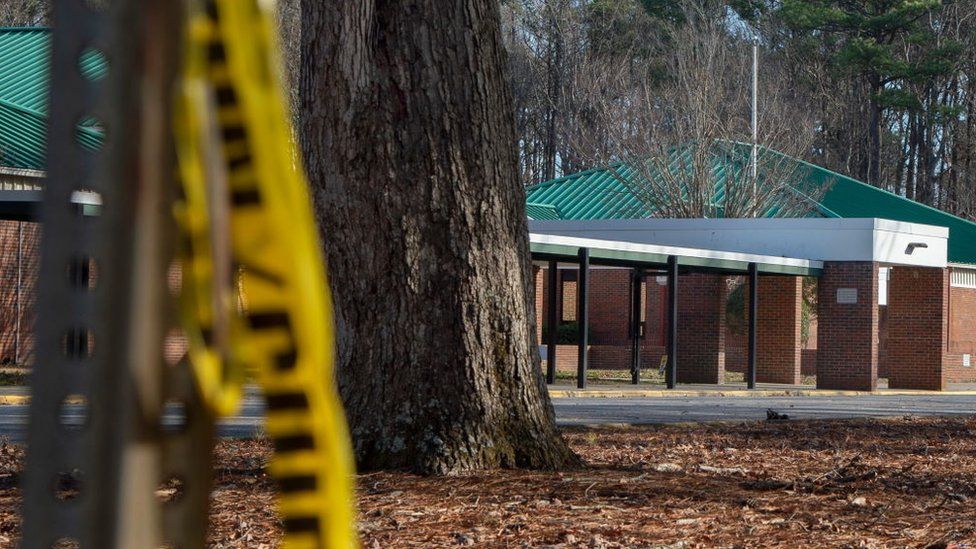 The school had received repeated warnings that the boy had a gun, according to the attorney for the Virginia teacher who was shot by her six-year-old student.

Abigail Zwerner, 25, was shot in the chest in her classroom earlier this month and was discharged from the hospital last week.

Her attorney, who plans to sue, stated that the tragedy was completely avoidable.

There are no charges pending, according to police.

The shooting on January 6 in Newport News, Virginia, shocked the community and sparked concerns about who might face legal repercussions as a result of what authorities have called an "intentional" act.

"On that day, over the course of a few hours, three different times, three times, teachers and staff alerted school administration that the boy was threatening students and staff with a gun at school. However, the administration was uninterested, according to lawyer Diane Toscano.

Ms. Toscano claims that a teacher at Richneck Elementary School informed a representative that she thought the young boy had put the gun in his pocket prior to leaving for recess.

He has small pockets, the official allegedly retorted. " .

A teacher asked another administrator to search the boy and his backpack, but they refused, Ms. Toscano claimed.

The BBC's request for comment from the school board was not immediately responded to.

The Washington Post was able to obtain texts sent and received by school teachers, which support Ms. Toscano's allegations. The messages claimed that Ms. Zwerner had expressed worries and requested assistance regarding the six-year-old.

The young boy's family revealed last week that he had an "acute disability" and infrequently went to school without one of his parents. He had gone to school by himself on the day of the shooting.

In addition, the family gave Ms. Zwerner high praise, stating that she had "worked diligently and compassionately to support our family as we sought the best education and learning environment for our son.".

According to Newport News Police Chief Steve Drew, Ms. Zwerner, who was shot in the hand and the chest, helped her students leave the classroom the day of the shooting.

The boy's mother, according to the police, legally purchased the gun the boy used. The boy's family claimed that the weapon had been "secured.". To this claim, the police have not responded.

In violation of Virginia law, no one is allowed to carelessly leave a loaded, unattended firearm in a position that puts a young child at risk.