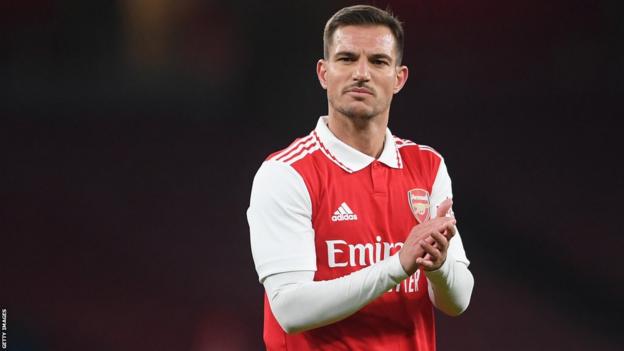 Cedric Soares, a fullback for Arsenal, is getting closer to signing with Fulham.

By the end of the week, the two clubs may have an agreement on a transfer for the 31-year-old, which could be either a loan or a long-term contract.

The deal is reportedly being held up by Cedric's £100,000-per-week salary, according to BBC Sport.

Cedric, whose deal with Arsenal runs through 2024, has made two Premier League appearances for the league's top team so far.

To bolster his team's experience and versatility, Fulham manager Marco Silva is eager to sign the defender. Earlier, when Silva was the manager of Sporting Lisbon, the two collaborated.

Despite only having played 21 games, Fulham is performing better than expected in the league.