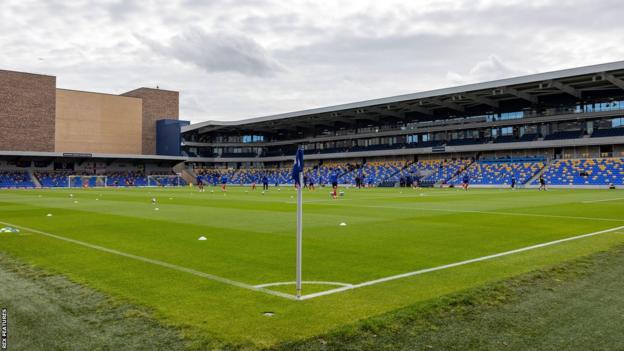 Due to frozen fields, seven games scheduled for Tuesday in the English Football League and National League have been postponed.

A pitch inspection led to the cancellation of Tuesday's League One match between second-placed Sheffield Wednesday and Cheltenham Town shortly before 13:00 GMT.

League Two games at AFC Wimbledon, Crawley Town, and Swindon have all been postponed.

Additionally, none of the National League games at Maidenhead, Solihull, or Yeovil will be played.

Tickets will still be valid for the new time; no new dates have been set for the games' play.

There are still eight League One games scheduled for Tuesday, along with three League Two games and five National League games.

Eastleigh vs. Barnet and Woking vs. Torquay, two scheduled National League games for Tuesday, have each been advanced by one day to Wednesday in an effort to guarantee their completion.

Games that were postponed for Tuesday.

versus Stevenage is Swindon Town.