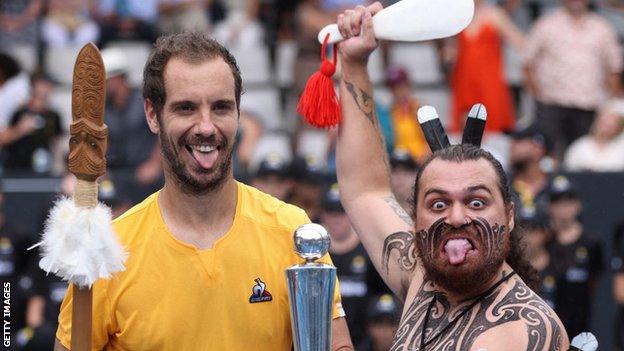 After losing to France's Richard Gasquet in the Auckland Open final, British number one Cameron Norrie was on the verge of tears.

For his Australian Open first-round match on Monday, Norrie, 27, will now depart for Melbourne.

In order to build on some recent strong performances at the majors, Norrie, who is seeded 11th, is hoping to avoid losing in the first round of the Australian Open for the fourth time in five years.

Last year, he made it all the way to the semifinals of Wimbledon, the first time he had advanced that far in a Grand Slam competition. He then lost in the fourth round of the US Open.

On Saturday, American qualifier Lauren Davis defeated Italian Elisabetta Cocciaretto in the Hobart International final to claim her second WTA title of her career and her first in six years.

Davis won her lone previous singles title in Auckland in 2017 and didn't drop a set the entire tournament.

She stated, "I'm experiencing a lot of emotions right now.

"I simply feel extremely joyful and thrilled. To win today, I really had to give it my all.

Davis' Australian Open campaign gets underway against Danka Kovinic, the 54th-ranked player in the world.