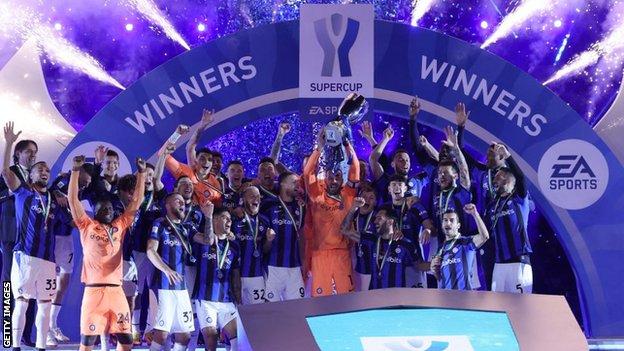 The 10-minute mark saw Federico Dimarco convert Nicolo Barella's cross to give the Serie A champions the lead.

Dzeko made it 2-0 midway through the first half with a shot into the bottom corner after Inter goalkeeper Andre Onana deflected a Rafael Leao shot.

With a curled shot in the 77th minute, Lautaro Martinez secured the victory.

Ante Rebic's effort in stoppage time hit the top of the crossbar, depriving AC Milan of a consolation goal.

After losing the Coppa Italia in 1977 and the Italian Super Cup in 2011, Inter has defeated AC Milan in an Italian cup final for the first time.