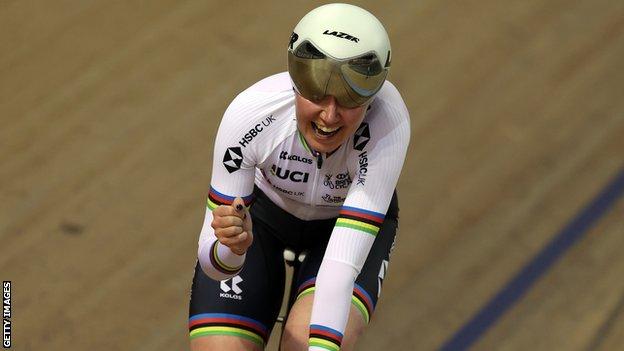 Mark Stewart and Katie Archibald of Great Britain won the scratch races at the UCI Track Champions League in Mallorca.

On the final lap of the women's race, Archibald overtook Tania Calvo Barbero of Spain and kept her at bay. Jennifer Valente of the United States finished in third place.

The 27-year-old Scot placed third in the men's elimination race as well.

The results of Stewart's race gave him a 35-point lead over Mathias Guillemette in the men's endurance standings after the first of the series' five rounds.

In the first Champions League series last year, fellow Scot Archibald, 28, who finished first in the standings with a 45-point lead, won the women's endurance title.

However, the two-time Olympic gold medalist had a mixed performance in Mallorca and was the first rider to drop out. He is currently sixth after the first round with 20 points, while Valente is in first place with 32 points.

Kenny is in 15th place with eight points, while Lewis is seventh with 17 points in the women's endurance rankings.

On November 19, Berlin will host the following round.