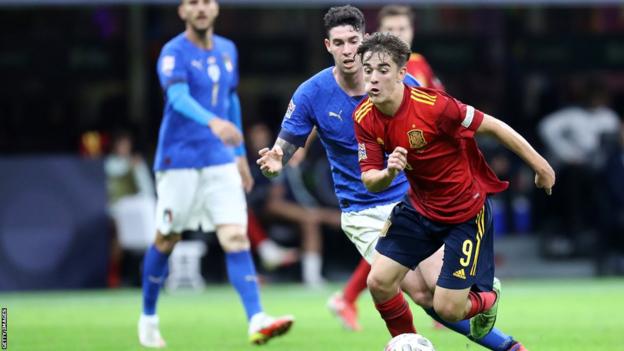 In the Nations League semifinals, Spain will play Italy, while the Netherlands, the tournament's hosts, will take on Croatia.

The matches will all take place in Rotterdam or Enschede from June 14 through June 15, with the third-place play-off and championship game taking place on June 18.

Prior to falling to France in the competition's 2021 championship game, Spain defeated Italy 2-1 in the semifinals.

The hosts Portugal defeated the Netherlands 1-0 in the 2019 final.

draw for the championship.

* All starting times are BST.