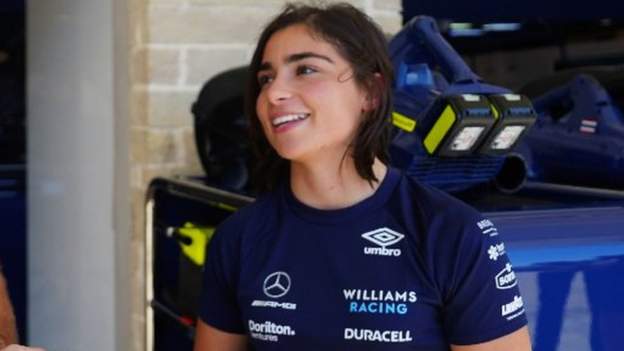 The Williams driver development program will continue with Jamie Chadwick of Great Britain for a fifth season in 2023.

According to a statement, the three-time W Series champion will use "a personalised simulator program to aid in her progression and provide invaluable support to the team's race preparations.".

Chadwick remarked that it was amazing to be maintaining his relationship with Williams.

They have been my supporters since 2019. It is crucial to have the chance to fully integrate into the team and maintain my Formula 1 dream. ".

"Jamie is an incredibly talented driver and an important role model for inspiring the next generation of females in motorsport," Williams sporting director Sven Smeets said. ".

In October, after the final three races were postponed due to financial difficulties, Chadwick won her third championship in the W Series, a championship exclusively for women.

Her transition into the Indy NXT series, the second tier of the IndyCar open-wheel racing series in the USA, is a step up in speed from the W Series and consists of 14 races, two of which are held on classic American oval circuits.