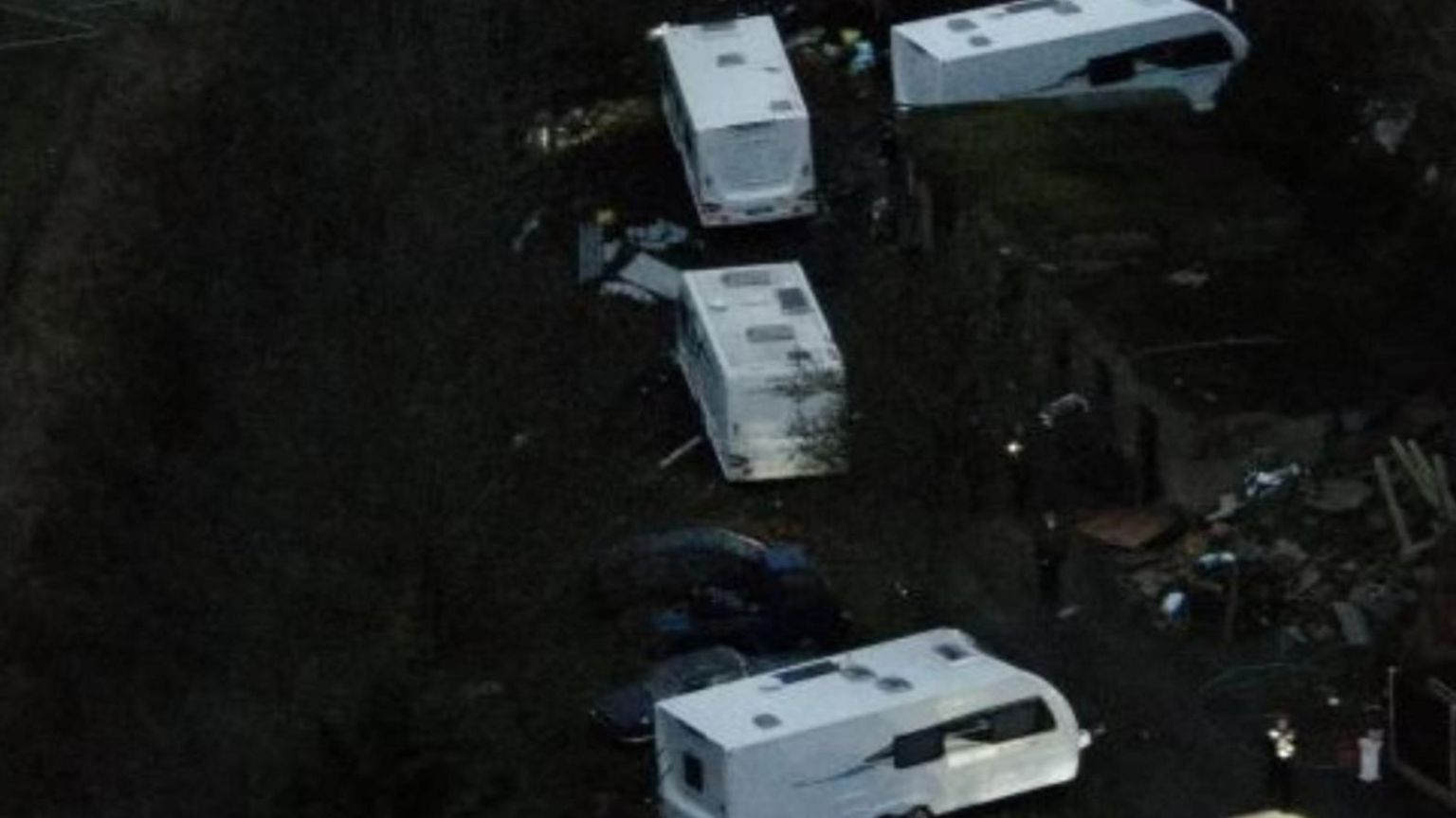 On Monday, the vans were stolen from a location in Lincolnshire.

In order to locate and recover four stolen caravans, police used a drone.

After violators broke through a fence on Monday, the caravans were removed from a site in Lincolnshire.

The stolen caravans were discovered using a drone at a location in Blyth Road, Harworth, according to Nottinghamshire Police, who said their investigations led them there.

They were later located and taken away along with a small cannabis grow.

The police said they were still looking into the theft.

District Commander for Bassetlaw, Insp. Hayley Crawford, stated: "My team and I police a very large rural area and we are working hard to prevent criminals from using our road network and our open spaces.

"We currently have more resources available to us than we have in a very long time, and as this case demonstrates, we are using those resources very effectively.